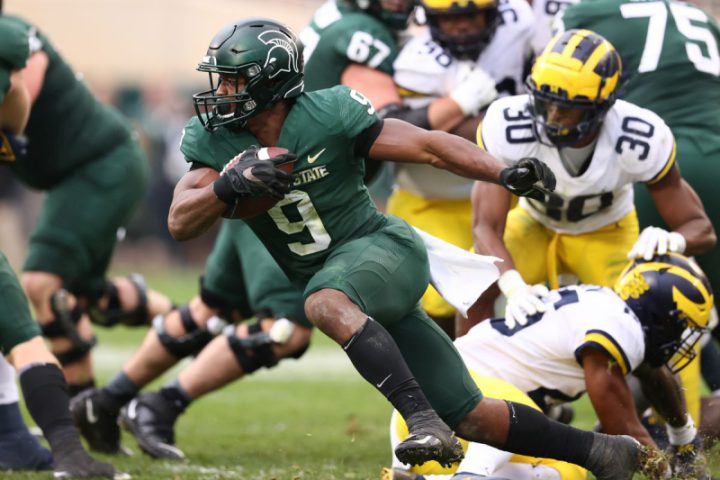 If you’re a high school football player in the midst of or nearing the end of your career on the prep Gridiron then this article most definitely is for you.

It’s getting down to decision time. Of course,  at some point,  you had visions of playing big time football on CBS or ABC or ESPN, etc. However, it is reality time. The big time offers did not come your way and you would still like to play college football so you are weighing your options. Those options could be anywhere from prep school to small school partial scholarships to walking on at the power 5 school that couldn’t offer you a scholarship.

In my nearly 2 decades of doing this, most of the time prospects faced with these options choose the walk on route. Unfortunately, many times it ends up being not what they expected and they abandon that course.  What I have learned over the years is that your experience as a walk on boils down to your expectations. I have had some prospects thoroughly enjoy the walk on experience and others who have hated it so much that they don’t even like football anymore. As I questioned them about the experience,  overwhelmingly it seems the unhappy ones expected far more than they should have.

What needs to be understood as a walk on is that the school did not offer you a scholarship. You as a prospect need to understand what that means. No matter how much you think they like you, the reality is that they did not like you enough to offer you one of their precious scholarships. To give you an analogy, it’s like a girl telling you she likes you but not enough to call you her boyfriend. Let that sink in for a while. Now you may be so infatuated with the young lady that you are willing to be her friend in hopes that someday she will grow to love you but there’s also the likelihood that you will be in the friend zone forever. In the midst of you chilling in the friend zone, friends and others may make fun of you asking you what the hell are you doing? Furthermore, you will have to sit back and watch her date other guys, most of whom you will think you are better than. How’s that for a mental visual?

Seemingly, it would take a whole lot of love to bury your pride, put in all that work and still be happy when you aren’t ultimately getting what it is you want.  With that in mind, two things need to happen.  First, if you are going to walk on somewhere you better love the school and the football program if you want to have a good experience.  Loving these things will make the work and not having a scholarship be OK.  Second, you should head into this walk on experience not expecting to ever get a scholarship.  It is tough to get mad at not getting something you didn’t expect to get in the first place.

Now, what I said may not seem like a champion mindset. I can understand that line of thinking.  However, the walk on experience is a different animal.  If you don’t have the appropriate mindset, you won’t survive.  For the most part, you are going to do all the work that the scholarship players are doing but at the end of the week,  you will not get what they get.  The scholarship players will get the playing time and the multitude of opportunities. Not to mention their books, their room, their board and their meals for free.  This will happen despite the fact that you may feel that you are better than the guys on scholarship.

The most effective way that I have seen guys obtain scholarships who have the actual ability to do so is by adopting the mindset I laid out previously in this article. Fall in love with the work, be in love with the game, become infatuated with the preparation and eventually talent meets opportunity. The other part is that some guys never do get the scholarship however they make some awesome connections that they end up using in their post college career.  Not to mention that they end up being a part of some thing great that they can remember for the rest of their lives.

So in summary, if you are going to go the walk on route, choose a school and a football program where you honestly feel you would enjoy the experience even if you never earned a scholarship. Falling short of that, you should walk on at a school where you are almost assured of earning a scholarship. That would be at a school that was extremely close to offering you one and for some unforeseen reason they were not able to at the moment. Choosing something that falls outside of those two places typically ends up in disappointment for the prospect.