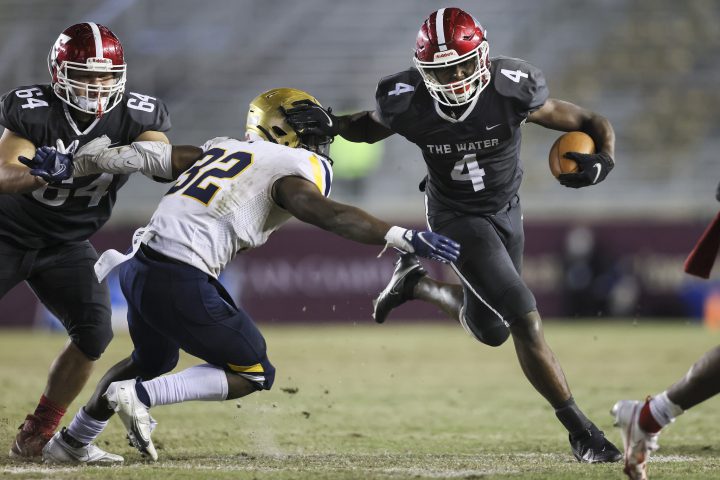 By now you should know that in order to be successful you’re going to half to do some studying.  If you haven’t learned anything else in school, at least you’ve at least learned that.

It would be a shame if you didn’t take what you’ve learned in the classroom and apply it to other places in your life, most notably in the game of recruiting. What you should have also learned is that Recruiting is about competition. You have  little chance of succeeding over your competition if you have not studied it.  So with that in mind,  let’s talk about what that studying involves.

First of all you have to take stock of what the college programs you are interested in are recruiting. Take a look at their previous recruiting classes and see who they have signed from your position. What’s their height, weight and attributes.  Are they similar to yours? You don’t have to totally focus on the height aspect or the weight aspect, pay attention to the attributes.  You may not fit the bill when it comes to the height and weight but you may really have the traits that players they have recruited before have.  Make a full assessment of the type of players they like to have in their system.

One of the other things that I personally like to do is take a look at the top 100 list at the recruiting websites like Rivals and 247 Sports.  Looking at that gives you an idea of what it is college football programs would like to recruit. I am not just talking about the Power 5 programs,  I am also talking about the programs that are at the levels below that too.  Truth be told the lower level programs are trying every day to be the upper level programs.  So, this may seem foolish but they are trying to recruit the same kind of players even though they may have less of a chance of signing them.  Study what it is those players have and try to determine why they are so highly recruited.

Make sure while you are doing this that you aren’t getting too caught up in the things that you can’t control.  Again, height and weight are not the only factors to consider.  You should take a look at how athletic and how fast these prospects are. Also, how strong are they?  These are areas where you have more direct control and they should be the areas of your focus.  If your height and weight measures up to what the programs are recruiting, great! However, if you do not measure up there, please understand that you will have to have more of the other traits to be considered.

Another area where you can do some studying is at the off-season camps. Hopefully, you have been invited to them to participate. If you have,  while you are competing,  take note of the players you are going up against and in particular the ones that you know are highly recruited. Look at their intangibles. What is their attitude like? Are they highly competitive? Do they show leadership skills? Take note of these things and compare it to where you stand in those areas. Perhaps you can make some changes and improvements in those areas to capture the attention of the schools you would like to go to.

If you have, unfortunately, not been invited to the camps, I would not sit at home and pout. You would do well to go to the camp anyway and view it as a spectator. While you are doing that you can take notes on what is being done at the camp, See how guys perform and where it is you can fill in the gap. You will be that much better when you get invited to the camp next year.  If this was your last year then try to apply what you’ve learned from watching the highly recruited players at the camp to your preparation as you head into your final season.  Don’t underestimate your ability to make drastic improvements. You are still young and things can change rather quickly.

At the end of the day,  there are a bunch of players that would like to get the scholarship spots that you are vying for.  If you don’t do your due diligence and study those that you’re going up against, you put yourself at a disadvantage when the time comes to hand out offers and sign scholarships.