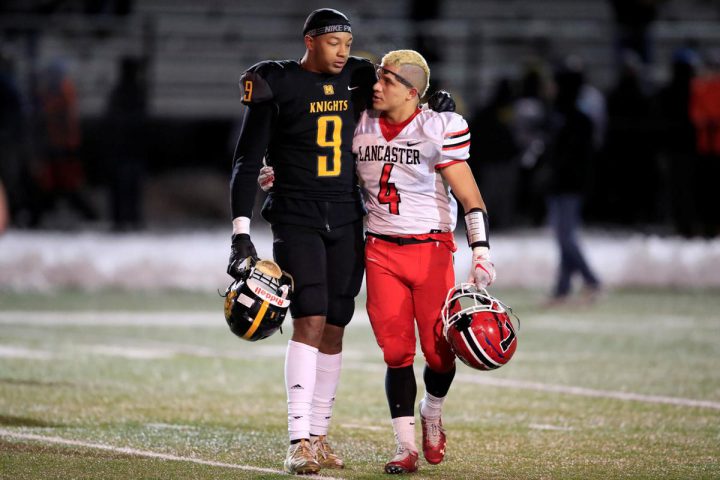 Thousands of Americans are kicking themselves in the rear end for not investing in Tesla’s stock last year when it was hovering around $250 per share.  Now that it is testing the $2,000 per share mark,  people are wondering how much money they missed out on.  As they punch the calculator,  the tears flow.  Guess who else is suffering from this syndrome?  Many former high school football players who are sitting at home wondering why it never happened for them.

Like the many of Americans who were hearing all the great things about Tesla and it’s innovative CEO Elon Musk but chose to ignore it,  thousands of freshman, sophomores and junior high school football players are walking past all the keys to success in recruiting.  I’ve written a ton of articles and posted many videos on my YouTube channel trying to educated prospects on the recruiting game.  I do so knowing full well that the ones who really need this information the most won’t be the ones who take it in.  It’s ok,  I know that if this information falls into the hands of just one prospect who uses it and changes the course of their life then I have done good.  However,  why does it have to be that way?

The most successful adults typically are the ones who had an eye for the future as youngsters.  It doesn’t mean that they had the best grades or were the best athletes.  However,  they did have some kind of rich thoughts about what tomorrow would bring and how they could possibly be successful.  Every week,  high school football players go to meetings and practice in preparation for the opponent that they will face on Friday night.  In the process,  film gets studied,  play scripts are made,  plans are formed and strategy is constructed.  Imagine if you didn’t do any of that and just played the game on Friday.  How much success do you think you would have?  Sadly,  when you ignore the advice you are getting and have access to on a regular basis,  you are basically like a team who doesn’t practice all week before a game.

I am always amazed at how more willing to listen a high school player is when they reach their senior year.  Typically it’s when things aren’t going right and the offers aren’t piling up.  Unfortunately,  it’s usually too late then.  Many opportunities have come and gone at that point.  If you do get a chance,  it will be down a path that you most likely won’t want to travel like prep school or JUCO.  Some guys will even be amazingly open to listening when the senior year has ended and the signing day has passed.  This is like looking at the game plan and watching film of the opponent you just played on the Saturday morning after the game.

One of the things I love the most about football is the many life lessons it teaches.  As it relates to this,  take this big one.  If you fail to prepare than prepare to fail.  You watch film of your opponent right?  You make a game plan right?  You practice right?  Do me a favor and do the same thing with your college football recruiting.  Listen to the advice of those who have been there and are sharing it with you.  Take the 10 minutes to read an article or watch a video.  Sure when you are young you think everything will just magically go your way.  Resist that type of juvenile thinking and prepare for the future you want.  If you see yourself dressed up in a college football team’s jersey at some point in the future then you owe it to yourself to learn all that you can about how to make that happen.

For the investors that missed out on Tesla,  there will be another blockbuster stock that will come along that makes people rich.  You only get one time to go through high school and get recruited.  Take the lessons and advice you are getting seriously.  Your future depends on it.