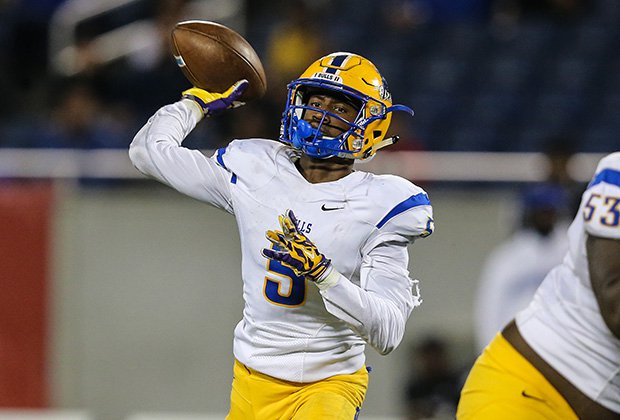 I’m often asked two questions by young athletes leaving junior high to enter into high school football.  Is my height and weight enough to play a certain position or what position should I play.

I understand the angst that may overcome youngsters at this age as they want to make the proper moves to secure their future in the sport. Pick the wrong position and you may not be good at it or worse,  you won’t get looked at by college scouts.  Please see the sarcasm in the last part of that last sentence.  Once in my youth football coaching days,  I made the mistake of asking the entire team “who wants to play running back?”  Nearly 30 of the 63 players that were a part of the team at that time stood up including four of my five eventual offensive lineman.  In your youth years there is a little less self awareness.  You can be blinded and controlled by selfish desires that can circumvent your actual path to success.  I myself swore I was a running back forever back in my youth football days.  While I played running back in high school,  by the time I reached my senior season,  I had come to the reality that defensive back would take me where I wanted to go.

Let’s not wait till the 12th grade to make these important decisions.  For many of you that may read this article,  you won’t have total control over where you play in high school.  Often times,  where you line up is determined by the team needs.  However,  before that,  your coach will look at one very important thing before determining where you can help the team and that is your skill set.  Just like the 7′ footer is put at center in basketball,   your athletic skill set will and should play a large part in where you line up in high school.

Before your height and weight,  your athleticism should determine your position.  If you have  a strong arm and can read a defense,  then quarterback is probably the position for you.  If you are speedy and athletic then wide receiver or defensive back  If you don’t move as fast but have size and strength you’re probably looking at the offensive line.  Have an aggressive mindset and you’re a little crazy,  welcome to linebacker.  Don’t get me wrong,  your size is part of the decision making process but not as much in high school.  Understand that you are still growing in high school and what you bring to the table athletically is what will make up the big part of the decision.

What to do about the part where your size doesn’t fit the position you are playing?  I have often found that that guys who feel they were playing out of position size-wise in high school were also not athletically fit for the position they thought they should be playing.  For instance,  the 6’0″ defensive end that thinks he should be playing linebacker because of his height most of the times is not athletic enough to hack it at linebacker.   In the game of football,  not being athletic enough is a bigger crime than not being tall enough.

Certainly there are times when you are truly playing out of position because either your team has an overwhelming need at a certain position and you’re the only one that can fill it or they have tremendous depth at a position you should be playing.  Other times,  your school’s scheme does not lend itself to you making a proper impact at a position you would be suitable for in college.  What to do in those situations will be the topic of my article next week.   For now,  in determining where you want to hang your hat in terms of a position in high school football,   let your skills make the decision for you.