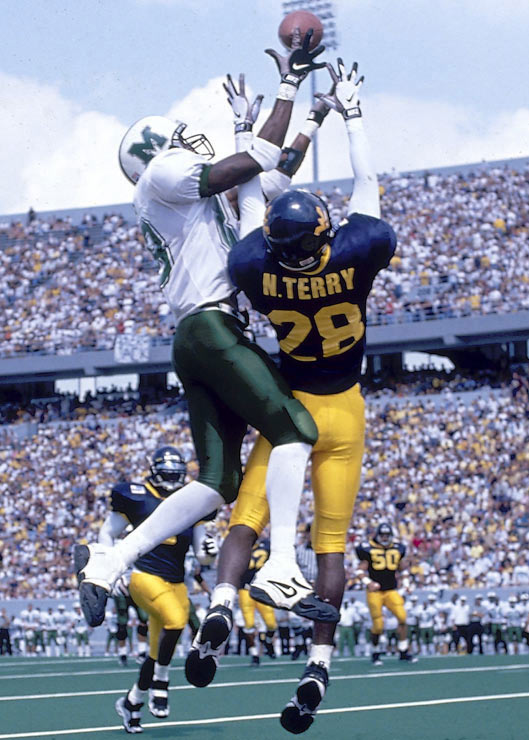 We all love brand names don’t we? iPhone, Nike, Gucci, etc.  Name brands make you feel worthy.  Name brands make you feel like you made it.  Name brands are expensive.  Many a recruit will get into the process and get a multitude of offers from non Power 5 or even FCS schools.  They’re ok with those offers but the moment a Power 5 comes along,  they thumb their nose at the smaller programs that really would like to mold them. For many in this situation,  a reality check is needed.

If you read one of my other articles,  Recruiting is Like Beauty Contests,  It Has A lot to Do with Looks,  then you have an idea of what most college football programs are after in recruiting.  The recruiting game has become all about the measurable. What’s his height?  What’s his weight?  It’s not just the Power 5 schools,  this mentality has trickled all the way down into the Division II ranks.  The fastest way for an assistant coach to rise up the ladder is through recruiting.  If they can successfully land a big time recruit or find the undercover freak athlete,  their resume gets a boost.  However,  the smaller schools have problems securing that type of athlete consistently.  That is not the case for the Power 5 schools that get all of the media attention.

For the high school football player,  it’s great to get that mail or even that offer from Alabama, Florida St., USC or Oklahoma.  However,  you have to take stock of your situation.  Go look at the Top 100 players at your position at the recruiting sites.  Does your height and weight matchup up with theirs?  Click on their highlight video,  do you run like they run?  Those things alone don’t make you a great player but it is what the teams are looking for consistently.  So you may be a bit of a backup plan for one of these big time schools.  They could add you to the their recruiting class to complete it but next year they’ll be out hunting for the guy that’s 6’4″ 235 lbs.  and runs 4.5.  The question now is can you overcome that if those aren’t your measurables?  To overcome that coach’s desire to get that freak athlete on the field,  you will have to have exceptional effort, have an exceptional IQ and a ton of intangibles like punctuality, personality and self discipline. Did you notice the word that I used?  I used the word “exceptional” meaning off the charts and better than anyone else on the roster.

If you aren’t any of those things that I described in the paragraph above then you better give serious thought to one of those non-power 5 schools that are contacting you daily and calling you weekly.  They will be willing to wait for you to develop into those things.  That coach breathing down your neck will be excited to have you and can wait a year or two for you to mature mentally and physically.  They are more likely to put you on the playing field while they wait for you to develop those areas.  At the Power 5 schools where they can get what they want,  if you aren’t ready for that first opportunity when you get it then it may be a year and a Tuesday,  if ever,  before you get one again.  Suddenly it’s transfer time and that is a situation to be avoided at all costs because it’s not what it’s cracked up to be.

So the moral of the story here is to dance with the one that brought you.  The program that really wants you should get the more serious looks.  Just because it’s power 5 doesn’t mean it should be in your Top 5.  Any shame or inferiority you may feel on the stage on national signing day can turn to complete joy when you are on the field as a redshirt freshman making plays and conference player of the week.  You will earn maximum respect when people start saying you are one of the best to ever play the position at this school.  This is infinitely better than someone having to squint at a team bowl picture to try and find out if you were on the team your senior year.