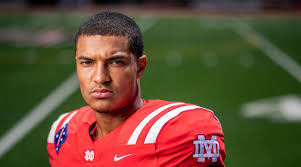 Freedom of movement.  That’s the buzz line for the current generation of “workers” in this day in age.  We all want a life devoid of restrictions.  Basically we all just want to do what we want to do when we want to do it.  So when the NCAA created the transfer portal it appeared to be an outstanding idea that fell right in line with the philosophy I discussed in my opening sentence.  However,  freedom comes with it’s responsibilities and it’s consequences.

Let’s start off with some numbers shall we:

A note about these numbers,  they change everyday with the number of those who have entered into the portal being the fastest growing one. The public at large was clamoring for this system whereby youngsters who are between the ages of (18-22) make these important choices affecting their careers and future lives as adults.  I guess it sounded good but is it really?

Has anyone really paid attention to the process of a high school athlete choosing the school he will pledge to on National Signing Day?  I don’t think it would be harsh for me to say that it is “tainted”.  Perhaps those who were so greatly in favor of this system come from a background where there is adequate guidance provided for young adults. Perhaps some of those in favor of this system are seeking to profit from a system in which a good portion of the decision makers lack adequate guidance.  Whatever the case may be,  the jury is out on the transfer portal and with the numbers of those diving into the portal’s murky waters escalating,  it may be time to consider dropping a little chlorine in the waters.

If you follow me on Twitter (@GridironStuds) then you know I was not all that much in favor of a free moving system for college athletes.  I had a reason for this.  Having coached and run a college football recruiting website for well over a decade,  I have come in contact with at least 100 athletes who have wanted to transfer from their college football program.  I would say that perhaps 10% of them have had what I would determine to be “legitimate” reasons for leaving.  For the greater majority,  they simply encountered what us adults (you know those of us with spouses, kids and jobs) would call adversity.  My advice to that larger part of the group has been to stick it out,  work on your conflict resolution skills and most of all,  take a good, long, hard look at yourself.  I am happy to say that many have heeded the advice and stayed with their university with positive results.  Some of have ignored that advice and made out ok but many more suffered as a result with several transferring a second time.

Transferring is adult business.  It involves very serious considerations.  One of those serious considerations is “honest” self reflection and assessment.  That skill is rarely ever developed in your early 20’s and literally non-existent in your teens.  Young people in those age groups have an idealistic view of the world and often an unrealistic view of themselves.  Ironically,  the skill gets more developed as you face and overcome more adversity.  So essentially,  we have a system set up where a crawling baby is told to run before they have spent anytime walking.  Holy broken leg!

Many times the athletes themselves are the problem.  They are still developing mentally and socially.  They are still working on their personal skills.  These skills that they are lacking put them at odds with their coaches and leads to their unhappiness.  Rather than identifying these shortcomings and working to improve them,  they hit the portal looking for a new group of coaches that will “put up” with them.  Maybe if I go from a Power 5 school to a Group of 5 school who needs me,  they won’t mind that I fall asleep in meetings, skip workouts, fail to show energy in practice,  don’t know my assignments, don’t talk to people in the building, smoke weed, don’t attend tutor sessions or go to class only once a week.  The thought is that I was a star in high school so this smaller school should be lucky to have me no matter what I do.  When they unpack their bag of problems in their new digs,  the problems they face start to seem all too familiar.  Guess what guys,  Group of 5, Division II and III schools all want to win too.

What’s even crazier,  in my experience,  is that some of the athletes wishing to transfer have nothing to sell to a new school.  They mistakingly believe that they can drop their high school resume off as a major feature.  Some even think they can do this when they are two years removed from the prep gridiron. They want to transfer without having taken the field for their current school and having much of nothing to show by way of practice film.  Even when you try to slide down a level in college football,  please know that Group of 5 schools want Power 5 type players.  For a new program,  taking in a transfer involves risk.  When there is risk,  there has to be adequate reward.  When an athlete is presenting himself as a transfer because he couldn’t move up the depth chart or stay out of trouble at his current school,  how will you convince them that there is a reward?  You think your “Junior Szn Beast Mode Highlights” on Hudl is going to convince a college coach that you are ready to step in and play right now?  You have only three years of eligibility left to your name.  Here’s a cold dash of water in your face,  you better wake up.

What has become even more troubling with the advent of the transfer portal is the inconsistency in issuing waivers by the NCAA.  Over the last year,  I think we have all become confused over what factors determine whether or not an athlete will be granted the right to play right away if he is even able to find another school willing to take him in.  More and more,  programs are accepting transfers based on whether or not their waiver has a strong chance of getting approved.  Guess when the players start looking into their chances of getting a waiver approved?  You got it,  once they enter the portal.

So here’s the final kicker in this whole portal business.  An overwhelming majority of the programs won’t take a kid back once he puts himself in the portal.  For the programs, it’s like taking back a spouse that was found on tape with a hooker and they weren’t at church.

So let me paint a picture for you.  Many of the athletes entering into the portal are going to fail to find a new home.  Many of them will come home and not continue their college football career.  Worse yet,  they will fail to obtain their degree.  All that training, all that hard work,  all that dreaming for nothing.  Would it have been that bad to stay where you are,  buy into the program,  punch adversity in the face and prevail.  Ok so the athlete didn’t start as a sophomore.  What if he worked hard and dominated in his 5th year as a senior?  You think if he’s NFL worthy,  the league will say no he took too long?  Highly unlikely.

The transfer portal makes it all too easy now to hop around.  It also makes it all too easy to make mistakes.  Many of these athletes think they are sticking it to the coaches when they ask to go in the portal.  Hey my man,  they are already at XYZ High working on securing a commitment from your replacement.  Perhaps a little attention span in that freshman Economics 101 class would’ve yielded a basic knowledge of supply and demand.  There is an over abundant supply of football players which decreases the demand for your individual services. To expand on that,  the portal is swelling up. There are more athletes than spots available (at least spots better than then one they are currently in).  This means the athlete can and will get replaced.  Long before the player arrived at the school,  the program existed.  Long after the player leaves,  the program will exist.  They’ll move on but will you?  That answer is not so clear.