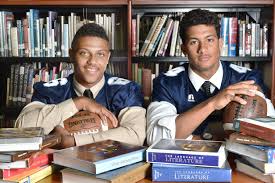 Football was always important to me even before I actually started playing it in an organized fashion at age 12.  Important is one thing,  loving it is another. When you love something or someone,  your actions are different.

When we were coaching together at University School in Davie, FL,  current Toledo WR coach Kevin Beard said something that stuck with me. He said “love is an action word”.  Anyone can say they love something but it’s what you do that really shows it.  Football was important to me when I entered high school but after my freshman year,  being popular and cool was important as well.  Being popular and cool didn’t really coincide with having a high GPA and being in class all the time.  Yes,  I know,  it’s the foolish thinking of teens who often think they are the smartest people on Earth.  Despite growing up in an environment that stressed reading and education,  I decided that I need to break free from that thinking and garner the attention of the ladies.

While I was busy trying to gather votes for big baller on campus,  I was playing football and it was important to me but my grades were slipping like flip phone sales when Iphones hit the market.  Somewhere during my popularity campaign in 10th grade,  I fell in love with football and realized that it could lead me to a better future.  It wasn’t long before my actions changed.  Back then you needed a 1.5 GPA to play football.  I was quickly catapulting my GPA below that critical level.  I would not have known my homeroom typing class teacher if she knocked on my door to sell me a pair of Air Jordans.  Realizing that going to class,  getting grades and playing football were all members of the same family,  I had to make some decisions.  I was definitely keeping the wrong company in Pembroke Pines, FL.  Making the drastic change I needed was going to be difficult in my current surroundings.  Every summer I would visit my father in California.  Recently he had moved from Los Angeles to Moreno Valley into a new home in a town where there were new schools.   It was a chance for me to get a fresh start.  I made the hard decision to leave all my friends,  my mother and grandmother in Florida and move to live with my father in California.  I loved football and knew I needed my education.

Love is an action word.  The option to move 3,000 miles away to a new town and choose new friends was available to me.  For that,  I am thankful,  however had I stayed in South Florida the changes were going to be made anyway.  Why?  Because I loved football and knew I needed an education.  If you love your dog,  you don’t leave it tied up in the backyard without food or water.  If you love your car you don’t go running it into mailboxes.  If you love your girlfriend you don’t go pounding your fists in her face.  If you love football,  you don’t go skipping class and collecting F’s like they are skins for Fortnite.  If that’s what you are doing then you are a liar.

Sure,  in this day in age,  you can get someone to do the work for you or take the test for you but sooner or later,  it all catches up with you.  Go to college with nothing in your head and chances are you’ll flame out.  School teaches you how to learn.  If you don’t go,  you don’t learn.  Pretty soon it becomes difficult for you to learn how to play football.  Football may seem simple to you now in high school,  I’m here to tell you that it gets a lot more complicated as you move into college.  Now your ability to process information is not on par with the rest of the guys you are competing with for a starting job.  Now,  football is cheating on you but who’s fault is that?

Eventually,  the dog in the backyard dies,  the car you neglect breaks down and the girlfriend you are beating up on leaves you.  Rest assured, football will turn it’s back on you if your actions don’t matchup with the word “love”.   If you say you love football then you need to go to class. You need the education,  you need the grades,  you need to learn how to learn.  Very few dummies excel in this sport.  Eventually,  a player lacking brain power gets exploited.  You may not need to know what a hypotenuse angle is for your future career but learning what it means makes it easier for you to pick up on how a route might change when the safety walks down in the box from his two high safety look.

Stop lying to us and to yourself if you are on the street corner at 11 am on a school day saying you love football.  Love is an action word.