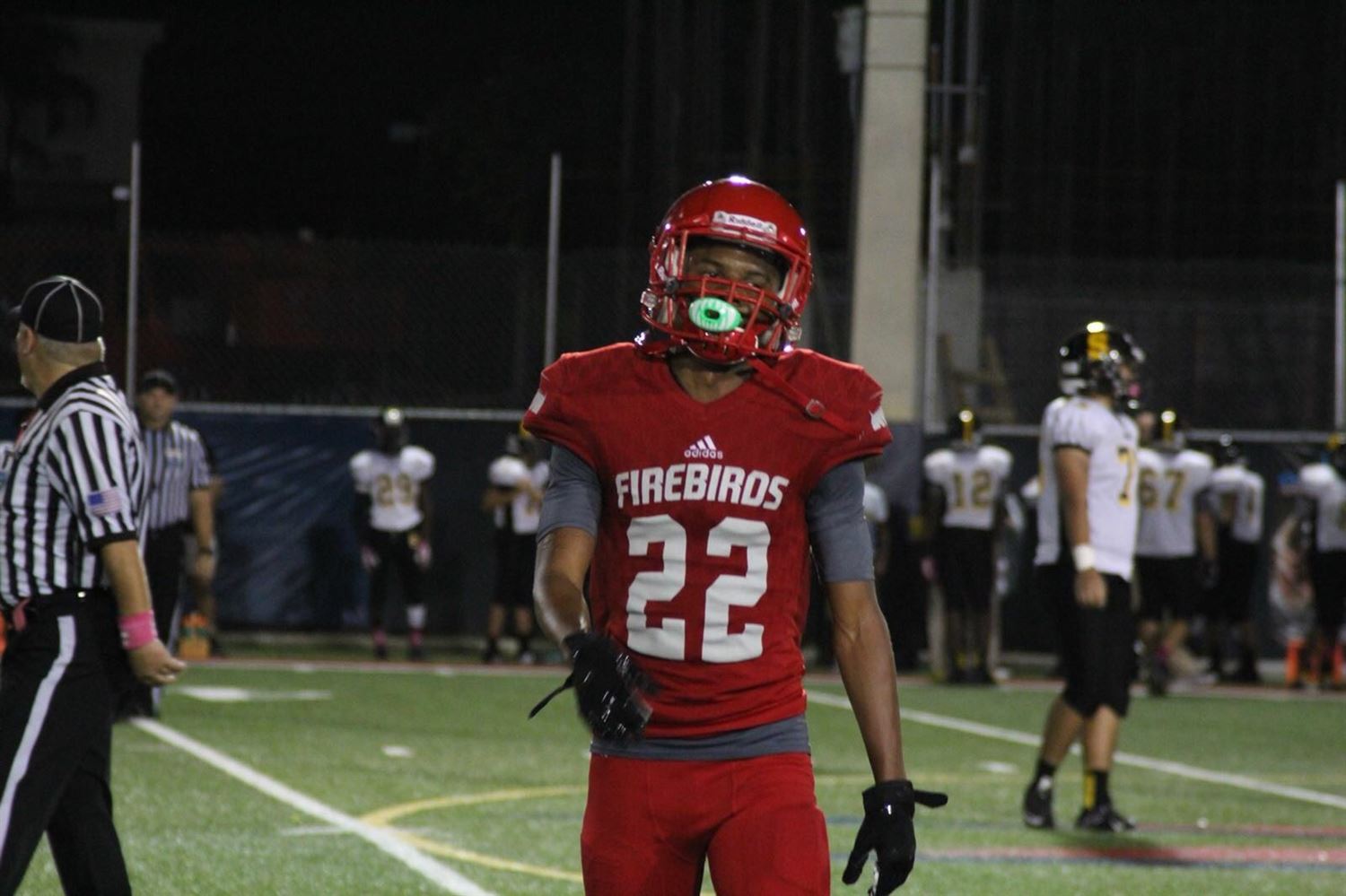 The next wave of cornebacks in South Florida has the making to be one of the best of all-time. College football coaches has already jumped on board with these premier 14 and 15-year-old phenoms.

Doral Academy freshman corneback Timothy Burns, Jr., a two-year varsity starter, based on production — is the focal point of his recruiting class when you factor varsity film, stats, and the reputation around the city as a lockdown corneback.

It appears Miami Palmetto’s duo Corey Collier, Jr. and Jason Marshall is the next version of American Heritage Plantation Patrick Surtain, Jr. and Tyson Campbell. The Panthers’ tandem both stands 6-foot-2 and holds over 25 verbal scholarships combined. The future is bright for the Panthers.

Burns, Jr., a former Pop Warner Div. 1 National Champion, has allowed one touchdown reception within the past five years. That’s just how long I been covering this future phenom. Burns, Jr., a 5-foot-10, 150-pound freshman, has started on the high school ranks since the spring of his seventh-grade year. This past fall, Burns, Jr. recorded 6 interceptions, 25 tackles, and 3 pass deflections. Burns, Jr. tied first in Miami-Dade County in interceptions against state powers St. Thomas Aquinas, Champagnat Catholic, and American Delray.

Marshall, standing 6-foot-2, 175-pounds, has both the physical measurables and varsity film to support his major BCS verbal scholarships. The Florida Fire varsity starter was responsible for 3 interceptions, 3 pass deflections, and 15 solo tackles in just three varsity starts. His upside is through the roof considering he’s still learning the position and holding his own against stiff competition.

The City of Weston has a rising talent in cornerback Omar Simpson, Jr., a South Florida Express 15U standout, who earned Rivals Camp Series MVP award. Simpson, Jr. has the ability to play both zone and man-to-man coverage based on film study. As  freshman starter,zone Simpson, Jr. was responsible for 45 tackles, 1 interception, 6 pass deflections, and 1 blocked punt.

The son of former all-pro corneback Torrie Cox, Sr. (Tampa Bay Buccaneers) has displayed over and over again, that he can play football at the highest level in South Florida. Cox, Jr., a South Florida Express (15U) playmaker, appeared to catch an interception in every 7v7 tournament this off-season. Cox, Jr. stands 5-foot-8, 145-pounds, and he’s another one of those prospects that plays bigger than his listed size. His fundamental and understanding of the game also stands out.

Brown, a 6-feet, 158-pound Rising Star product, appeared in every varsity football game this past fall, and started three games for the Blue Devils. His stats on the season consisted of 3 pass break ups, 4 tackles, and 30 punt return yards. Brown increased his stock this off-season by earning a starting role for Florida Fire (15U) 7v7 football team, which is loaded with division one talent. Brown helped Florida Fire captured mutilple tournaments titles and recorded a number of interceptions.

The transfer from Miami Booker T. Washington appeared in every varsity game for the tornadoes. Massie, standing at 5-foot-10, 165-pounds accounted for 12 tackles (4 solo) in 5 pass deflections. This off-season the rising talent picked off six passess as the starter for Florida Fire 15U 7v7 football team. Massie always appear around the ball and pulling in the most challenging interceptions.

Charlemagne, a Rising Star product, held his own as a freshman starter for the Raiders. The versatile athlete’ delivered multiple big-plays on varsity, including an crunch time interception. Charlemagne (5’10”, 160) stood out this off-season for Nightmare (15U) football team capturing multiple tournament championships.

The two-way standout for Florida Fire (15U) made his mark this off-season at corneback. Browder, a Rising Star product, has the skills to play wide receiver, but his future appears on the defensive side of the ball. His coverage skills earned him the Open Run and Florida Fire (15U) tryouts top cover corner.

The program recognized as Cornerback High School has another national recognized talent. McBurrows, a multi-sport star, has the speed, ball skills, and an exceptional ability to make open field tackles. His versatility can help on offense and special teams this upcoming season.

Best of the Rest

Mitchell started two games on varsity against Coral Springs and South Plantation while playing behind two seniors, but appeared in every game on varsity. Mitchell accounted for 8 tackles and 3 pass deflections. Mitchell also earned a starting role for South Florida Express (15U) football team.

If you are a coach then you need this, must have this book in your library. Click here to order.