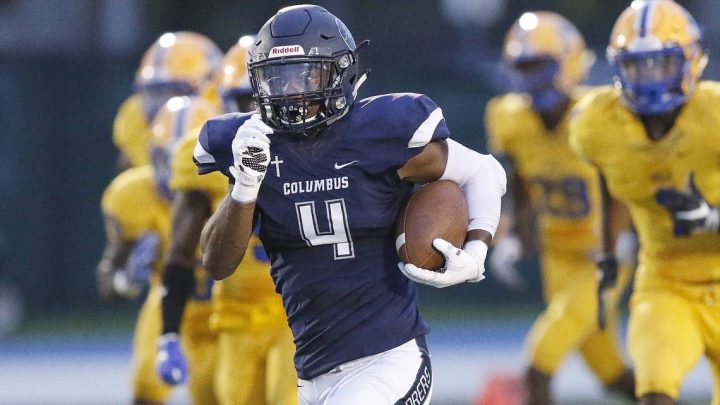 Parrish’s tape features natural running back skills like following his blocks, setting up defenders, running behind his pads, bursting to daylight, great vision and finishing off runs.  He’s a polished product that looks like he’s been a running back all his life.  He will remind you a bit of Frank Gore in terms of his natural running ability.  In this his senior year,  he has added the element of breaking tackles which has made him even more attractive.  With solid coaching and continued development,  Parrish is going to be the guy that comes out of nowhere at the next level.  He’s currently ranked as the 26th running back in the country and 360th prospect overall according to 247sports.  He is holding 22 offers and is currently committed to Pittsburgh.  It looks like his recruitment might get interesting down the stretch.