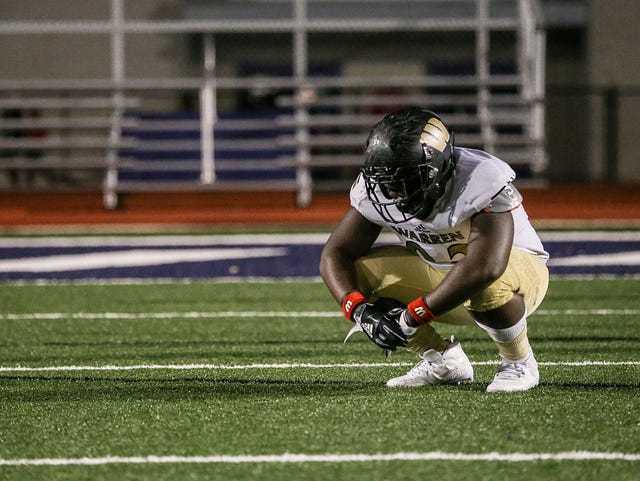 Ever showed up to a party later than you wanted only to see people filing out of the house or hall or club?  Remember the sinking feeling you had as people walked by smiling and laughing.  Perhaps the dagger really got stuck in your heart when you saw someone you know and they say “man you missed it,  where were you?”.

Perhaps you missed the party for the ages by moving too slowly for whatever reason.  In time,  you’ll get over it.  Being late to the recruiting party can be a pain that lasts a lifetime.

Every January and February,  I am contacted by prospects and their parents in a panic.  A young man is weeks away from signing day and there are no offers on the table.  A lifetime journey towards a goal may be coming to a bitter end.  One of the first thoughts and sometimes questions I ask is “where were you for the last 3.5 years?”  Some of these individuals I am meeting for the very first time.  Others I have known for quite some time.  If you fall into the latter category,  I really have to wonder “where have you been,  man you missed it”.

A truly successful journey through the recruiting process is just that,  a journey.  This means that there was careful planning,  milestones set and reached along with specific steps taken.  Skipping those steps,  trying to take shortcuts or make up for an entire journey overnight will hardly ever yield the desired results.

Human nature for most of us is to put out the fires that are hottest.  Those that engage in this life theory often find that the stream of fires never stop and seem to only increase in frequency and intensity.  For some,  the recruiting fire is not hot enough to throw water on until a prospect’s senior season.  I can tell you that it’s going to take a lot of water when it reaches that point.  The hose is going to have to be strong.

There is one trend that has consistently shown itself to be true over the last decade in college football recruiting and that is that prospects are being evaluated earlier and earlier.  Maybe we can blame Lane Kiffin since he was one of the first to reach national headlines for offering a 7th grade quarterback a scholarship when he was coaching at USC.  Whomever is to blame,  the trend is moving in that direction.  This means a prospect must get on their P’s and Q’s at an early date.

The fact that offers are being handed out to 8th and 9th graders does not mean that you need to have one at that time or you’re in trouble.  However,  it simply means that the evaluation process has shifted and you must be executing a proper plan early.  Really in-tuned parents have been executing a plan for their youngster since the day they first laced up their cleats.  Some go crazy in a child’s pre-adolescence but some others take a realistic approach and gradually build towards their goal.  Without question,  those are the happiest group on either of the signing dates in December and February of each year.

Of course,  there are a small few that didn’t have much of a plan and got big results anyway.  Those are the prospects that won the genetic lottery.  Through genetics and God’s helping hand,  the prospect was blessed with abnormal height, speed, skill and or strength.  If your plan is to have your child hit the genetic lottery well then that’s no real plan at all now is it?  The best I can say to that is good luck.  Chances are real high that I will be receiving your highly panicked email, text or DM when he’s 17 turning 18.

On the flip side,  if you are the parent of a child entering high school or younger,  don’t ignore the articles that I have written and are plastered all over this blog.  Don’t scroll past the videos you see me post on YouTube that are shared to my Twitter and Facebook accounts.  Don’t ignore the links I post to my Instagram account or the podcasts I upload to my SoundCloud.  Take it from someone who has gone through the recruiting process countless times,  the fire in the recruiting kitchen is hotter than you think a whole lot earlier than you think. Please grab the buckets of water I am sharing with you on all of these lovely social media and internet platforms.   There’s a party going on right here.   Let’s get dressed,  get going and show up.  I promise you,  it’s one you don’t want to miss.