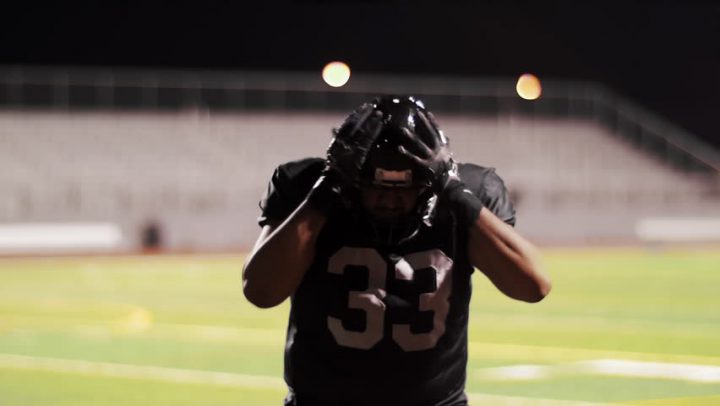 Like many college football fans out there,  I catch wind of a recruit through social channels occasionally.  When I do,  I am excited to dig deeper into the prospect to see what he’s working with,  gauge his skills and access his potential.  After all,  I run a whole recruiting business over here.  Not too long ago,  I decided to take a deep dive into a prospect that had been picking up steam for quite some time and was getting many an article written about him.  To my surprise but not to my shock,  there wasn’t much there and it’s a growing trend.

First off,  I am going to tell you in advance that I am not going to name the player and I am going to be very vague about things that could identify him.  I am not here to tear kids down and what I speak of in this article is not at all the fault of the player.  My readers can go about guessing who it is but I’ll never tell.  I have a couple of “sports reporting” related apps on my phone and I get bombarded with notifications.  I am not complaining but I will point out that with increasing quantity,  I am getting notifications related to what I call “simple foolery”.  That is a notification with a 10 second video of an athlete doing something crazy like working out or running or jumping.  It’s amazing when you see an athlete doing these things because like what else would an athlete be doing?  Please recognize the sarcasm in that.

I don’t know who we blame for this.  Was it Odell Beckham’s one hand catch that scarred media coverage on athletics forever?  Whatever the case may be,  the media frenzy to provide content to push out on their apps, blogs and social media accounts has detonated the senses of people who actually have knowledge of the sports for which they root.  As such,  “reporters” (term used loosely) have placed a premium on athletes that play the media game.  I guess this has always been the case.  Players in the past who were quotable or antic filled ala Jim McMahon, Brian Bosworth or Deion Sanders have seen themselves become celebrities.  However,  with the advent of 24 hour news cycles and social media,  this phenomenon is on steroids.

There was a time when these quotable,  antic filled athletes felt a duty to work hard to meet the hype.  There was a time when the reporters following the players made an effort to see if the players were indeed worthy of their top billing.   There was a time when the fans being exposed to the athletes demanded it.  Those times have evaporated like a stimulus check at a casino.  Today’s athlete feels no such pressure and why should they?  Lazy reporters no longer dig deep to access the quality of an athlete’s play.  The only metric is how many followers they have.  If he has followers then we’ll have followers when we talk about anything he does.  “Did you see him throw an accurate pass to a wide receiver in that workout!! Could he be the next Brady?” That’ll get us 25k likes at least.

Make enough social media or blog posts like that and combine it with enough push notifications to millions of fans’ phones and soon that player is all they know.  Is he actually good though?  What’s that have to do with anything,  people clicked the heart button.  I am not sure who’s leading who here.  Is it the fans’ frenzy over the ordinary that has propelled the media to cover it or is it the coverage of the media forcing the fans to consume it?  Whatever the case may be,  it is creating an athlete bubble.

More and more,  I am seeing mediocre players hyped into oblivion because they are 5 star with the camera.  Media outlets are so thirsty for content that they will fall in love with any athlete that gives it to them.  Our attention spans are so low now that we will accept all the 10 second bursts of content and convince ourselves that this gives us the total picture.  Fans will even accept one paragraph articles on a website or a one paragraph article spread over 10 pages for advertising purposes. With proper graphics,  soundtrack and camera angles,  eating a steak bowl at Chipotle can catapult a kid into the Top 100 for his recruiting class.  When the love flows in for moves like that,  it only stands to reason that the focus will shift from self improvement for the sport to leveling up on getting exposure.  If I can do very little and get seen a lot why waste my time pressing all that weight,  watching all that film and running all those sprints.  My camera guy and my untrained trainer trump my coaches.  After all,  coach doesn’t post me on his Twitter account everyday like SuperSportsFreakPigskin does.

The toothpaste is already out of the tube on this one so I don’t expect to see it stop.  I can scold the reporters but they don’t give a damn,  they are chasing a check and notoriety like the players are.  I can tell the fans to wake up but many of them have been pulled away from their other true life interests by the football media who courts their attention at every turn.  So I will make my plea to the athlete.  The trip up the ladder of fame is fun but when they are done hyping you,  if your performance can’t come close to expectations,  they will take even greater delight in sticking a nice little pin in your bubble and watching you pop.  Make sure there’s more inside your balloon than hot air.