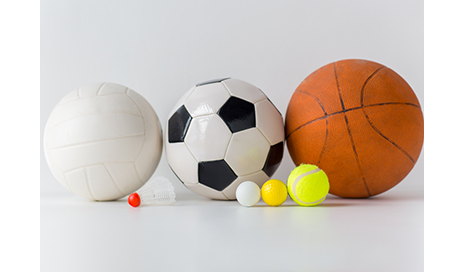 As some of you may know,  GridironStuds.com is not the only thing I do.  I also run All Eyes DB Camp and train defensive backs.  I am often approached by parents of youngsters in the age range of 8-12 years old asking if I would train their child to be a defensive back.  My immediate response is no.  Of course I don’t ever just leave it at that. With that no comes the explanation that I only train individuals age 13 plus and I recommend that their child play a different sport in the offseason.

There are several reasons that I give that advice but in this article I am going to give the top three reasons that I think a football player should play other sports.  This advice is not only for kids under the age of 13 but for football players in high school that are skilled enough to pull it off.

Having been in the recruiting game for a decade now,  I can tell you the number one thing college recruiters are looking for at any position is athleticism.  If you are not athletic then college coaches start seeing you as limited.  This does not only apply to defensive backs and wide receivers.  It also applies to offensive linemen.  An offensive tackle better be athletic and able to move his feet or he will get killed all game long by the converted basketball player charging off the edge to sack his quarterback.  How about a guard or center who can pull and not look like a 100 lb. bag of sand when doing so?  That has value,  lots of it and college coaches are looking for it.

How do you develop athleticism?  Well some will have you believe that the best way to do that is to send your youngster to a trainer who will have him run around cones and through ladders for an hour.  I’ll tell you as an experienced athlete and father of three that nothing brings out athleticism like competing in another sport. Practicing a set of skills to help your team win and be accountable to your teammates each and every week will accelerate the learning process.  Often times,  different sports will develop skills that are just simply hard to mimic in a training atmosphere.  Playing basketball, soccer, baseball, etc. will develop a set of skills that will help you on a football field in a way that sessions with a trainer will never accomplish.

Football is the ultimate team sport and when you have a team full of good teammates,  it just stands to reason that your team is going to go far.  A individual who can bring that dynamic to the team has value.  Playing a variety of team sports develops the teammate gene in a young athlete.  Growing that trait in an athlete is something that needs to be cultivated all year long.  Solo or even group training sessions with a trainer will not duplicate this benefit the way playing another team sport can.

In addition, multiple sports often provide a variety in terms of types of individuals your athlete comes in contact with.  Exposing your young athlete to others from different racial and social circles will only broaden his understanding, patience and ability to communicate with people.  This skill can not be underestimated within a football locker room or huddle. Communication is one of those skills that are not readily apparent to those observing an athlete on the football field.  Yet,  it is so very crucial to the overall success of the team and thus the individual. Keeping your young athlete around the same group of people all year long has it’s diminishing returns.  I am sure that I will receive the responses that say,  it builds a bond with your brothers.  Sure,  I get it but that’s what the summer conditioning is for.  Nothing builds a bond like throwing up on the side of the track together after that fifth 400 meter run for time.

Mental skills are what separates great ones from the good ones.  Exposing your young football player to a variety of competitive situations will develop that like no other.  My children played multiple sports and from them, an array of crucial mental skills were acquired.  For instance:

Other sports develop other mental traits.  I played soccer growing up and it aided in my ability to perform at a high level when completely exhausted (Also served well to keep body fat low but that’s an adulthood bonus).  I have played with and coached young men who were wrestlers,  the amount of mental toughness they brought to the table was often more than anyone else on the team.  So as you can see,  the benefits to multiple sports is wide sweeping.  If you were building a football team, program, or organization you would want to incorporate individuals that brought these benefits to the table.  Aside from making your athlete a better player,  it will also aid them in being a better overall human being.  Change their perspective.